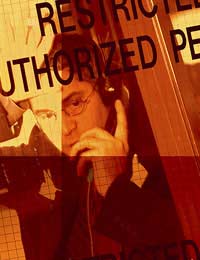 Scams keep getting slicker and you have to admire the invention of some criminals, who seem to be able to come up with almost infinite variations on a theme. The sad part is that they prey upon people who can often ill afford it to make their money.

The mystery shopper scam is one that hits those looking to earn some extra money. It’s a variant on several scams that have worked on eBay, just applied with care and in a different setting.

Out of the blue you receive a letter from a company (Paid Surveys is a name they’ve used, although there are probably several others) saying you’ve been selected as a “mystery shopper.” The company itself claims to be employed by stores to help improve customer service.

In return for doing this you’ll receive £350 – for a single assignment – which involves nothing more than shopping at a number of selected retailers and assessing their customer service.

Just so you believe they’re reputable, they even include a cheque for the amount, drawn on what seems like a perfectly legitimate account with one of the high street banks. If you decide to go ahead, you’re told to cash the cheque and immediately perform the first task, which involves testing a money transfer agency. You have to send £1500 to a person in Canada, a supposed relative of yours (of course, they promise it will be returned to you).

However, once the money’s been received at the other end, you’ll never see it again. You’ll also discover that the company cheque you deposited is counterfeit, and you might well be responsible for any fees involved with the cheque, as well as everything you’ve spent – including that £1500.

How to Recognise the Scam

There are several things that should raise warning flags for you about all this, long before you even consider becoming a mystery shopper.

First, ask yourself why you’ve been selected. Have you applied for the position? How many other people have received similar letters?

The sum they’re offering to pay should also make you wonder. It’s remarkably high for working as a mystery shopper, which normally pays a little over the minimum wage. Ask yourself why they’re willing to pay so much for an ordinary job (the answer, of course, is to tempt people).

Why have they included a cheque? That’s just tempting people to cash it without doing any work. But since it’s not real, that doesn’t matter anyway.

Of course, the thing that should make it obvious as a scam is that you’re asked to wire money overseas. No reputable company would ask you to use your own money in such a way, let along a large sum.

If you receive a mailing like this, the best thing to do is simply put it in the bin. Don’t even consider it for a moment – you’ll save yourself a lot of problems later.

What To Do If You’ve Been a Victim

Truthfully, there’s not a great deal to do if you’ve been scammed of your money this way. You should report it both to the police and the Office of Fair Trading. The money you wired will have gone to Canada, and although the authorities here will co-operate with those there, the chances of getting your money back are very slim.

Sky TV Scam
Share Your Story, Join the Discussion or Seek Advice..
Unfortunately,I,also fell for the "mystery shopper" routine!I gave my address.if I get a did cheque in thepost I shall inform my bank and the police .I shall not again be taken in by such ascam.lesson learn,t.thanks for the advice.R.H.
Mr.R.Hillman - 8-May-18 @ 10:56 AM
Well, i fell ( almost but not completely ) I answered an ad in my local paper, it was for mystery shoppers wanted, so i applied ( via e.mail ( no address given only an e mail address ) so 6 weeks later i had an e mail saying a cheque was being posted to me. Well sure enough it was, to the value of4810 euros, i received an email a few days later stating that as soon as i had deposited the cheque, to contact the sender. I took the cheque to the bank, and they assured me this was not normal behaviour, the cheque would take 3 days to put the money in my account, the cheque was from a French Bank, with a Southern Irish Branch. The manager was called, and photocopied the Cheque, and said she would inform the fraud dept of the bank ( Barclays ) she also advised me to not do anything with the cheque. Although the money would take a few days, it wouldnt necessariloy be my money, for it can take 6 weeks to clear, and possibly 3 months to actually get the funds ( if there are any ) and if i drew on that money, my account would be stopped, and the money taken back.I received an e mail today saying i should clear the cheque, and notify `Jon Redding` where he would instigate the next step of the transition. Also i visited the bank today, where i was told to notify the police who would investigate further, more so than the bank itself. The next stage was to keep £350 for myself, and forward the remainder of the cheque, to wherevber, i havnt got to that stage yet, I say `YET` because the police may want me to follow it up, until such time, i am doing nothing, the only issue is This guy has my address.
truckyboy - 19-Feb-14 @ 6:13 PM
i had one of those mystery shopper e mails. I just emailed them back and asked for their Head Office address. Managing Directer name, which counrty they were from. I know it was a scam, I just wanted to know what other lies they could come up with !!!I did`nt hear anything more. !!!
sunnyside - 23-Dec-13 @ 8:40 PM
Title:
(never shown)
Firstname:
(never shown)
Surname:
(never shown)
Email:
(never shown)
Nickname:
(shown)
Comment:
Validate: