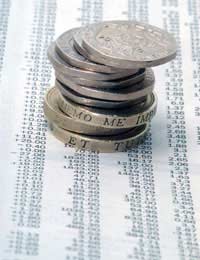 The Ponzi scheme is one of the best-known scams, and one of the few named for a real person - Charles Ponzi, who used it to great effect after emigrating to American from Italy in 1903. He didn't invent it, but he made it into something huge. Very similar to the pyramid scheme, more than a century after Ponzi, it's still widespread.

The crooks place an ad offering extraordinary returns on an investment - anything up to 20% or more for a 30 day contract. The way this money is generated is never fully specified: "global currency arbitrage", "hedge futures trading", "high yield investment programmes", or similar.

Initially, only a few investors might be tempted, and then usually only for relatively small sums (say £2000). But 30 days later, the investor receives £2500 - the original capital plus the 25% return (£500). At this point the investor will put in more money, believing he's found a gold mine. Word spreads and other investors grab the "opportunity" to participate. More and more people invest, and see their investments return the promised large returns.

However, the return to the initial investors is being paid out of the new, incoming investment money, not out of profits, as there is no investment actually taking place. Peter is being robbed to pay Paul.

The early investors - those who actually got paid the large returns - quite commonly keep their money in the scheme, since it pays very well. That means the people behind the scheme don't actually have to pay out very much - they simply have to send statements to investors that show how much the investors have earned by keeping the money in what looks like a great place to get a high return.

Eventually the crooks will vanish, taking the rest of the investment money with them. If they're not quick enough, however, they'll find that the scheme will collapse under its own weight, as investment slows and the promoters start having problems paying out the promised returns. If they're not careful, they'll be caught by the financial authorities.

The first thing to remember is that there's no easy way to get rich quick. Any investment promising high returns also means high risk.

Make sure you understand the investment fully. What is your money going into? How does the investment work?Only invest with people you trust, who are certified and registered appropriately.

Research the company thoroughly before giving them your money. How long have they been in business? Where are their premises? Is there a proper address and landline number? Are they registered at Companies' House? Who are the directors? Have there been any complaints against them?

Don't agree to anything without investigating it thoroughly.
Think twice - and then think once again! Never invest more than you can afford to lose!

A pyramid scheme of any type is illegal if the people behind it become entitled to receive more money than they put into it by recruiting others. In other words, a Ponzi scheme is against the law.
If you've been a victim, contact the Financial Services Authority and the police. Make sure you keep copies of all your paperwork, as well as notes on any and all phone conversations regarding the matter. It's classed as a serious fraud, and prosecuted as such.

Unfortunately, if you're one of those who never saw a return, the chances of recovering your money are small..