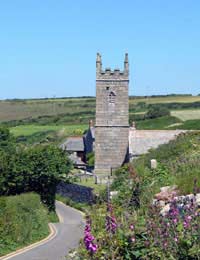 A recent con perpetrated by members of the Seventh-Day Adventist Church on other members of their congregation highlights a type of scam well worth examining - the church or community con.

With members of various religious flocks, it's easy to understand how the con men gain trust - after all, they belong to the same religion and worship at the same place. Because of that shared bond, there's an assumption that they're trustworthy, but that's definitely not always the case.

Some in your church (or mosque or temple) say they work as a City trader, stockbroker, or in a similar financial field. They urge other members to invest with them, promising a high return on the money.

Since they have a good lifestyle, it's easy to believe they're successful at their work. Indeed they are, since their work is conning people out of their savings to fund that lifestyle. But it's also easy to grain the trust of people from the same flock, since the assumption is that anyone who worships regularly is a man who follows religious precepts and wouldn't bilk others.

Once the money has been given, the chances of seeing it again are fairly low. The scammers spend it - they might invest some, but they don't have any special skills - and put the victims off with tales and excuses until it's too late and they move on. It's not especially subtle or clever, and the odds are that they'll be caught sooner rather than later. But by that time it's too late for the victims, whose money has already gone.

How To Prevent It

When it comes to money, suspicion is a great tool, even when it involves religion. A shared religious belief doesn't necessarily count for much.

Do what you'd do with anyone - ask for proof about the return on the investments. If you're given pieces of paper with figures on them, don't take those at face value - anyone can print up a sheet like that. Ask to talk to others who've invested (not just one, but several) and, above all, also have everything vetted independently. Remember, it's your money, and you have the right to know you're making a good move with it. If it all seems too good to be true, then it probably is.

If the conmen become insistent, saying you need to invest now or it will be too late, walk away. Don't let yourself be pressured into parting with your savings. Don't allow yourself to be swayed by that shared bond of faith to give the person the benefit of the doubt.

Make sure you know exactly what's involved, and get it all in writing.

If you believe you've been the victim of a con from a member of your faith, you need to inform the police as soon as possible. By all means talk to your vicar, or imam or rabbi, but your first stop should be the police, because a crime has been committed. Give all the information and the relevant paperwork that you have.

Use the place of worship to inform others about what's happened, since you probably won't be the only victim.

In all likelihood, you won't see your hard-earned money again, as it will have already been spent, but you can help stop others being victims.