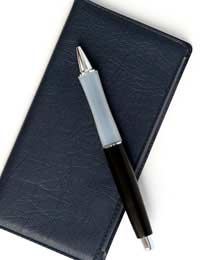 It's a scam that's been around for years, but somehow it just won't go away. The fake lottery scam still finds victims, and along the way it's developed some new wrinkles to make it seem even more real.

You receive a notification that you've won a large lottery prize overseas - sometimes it's Spain, sometimes Australia or Canada, at other times elsewhere, the location doesn't really matter. To claim your prize, however, you need to pay an "administration fee" which can range up to hundreds, occasionally even thousands, of pounds.

These days, however, as more people become wise to the scam, your notification might include a cheque for a sizeable amount, and drawn on a reputable bank. This comes from your supposed winnings, for you to use to pay the administration fee and whatever taxes might apply. It's a clever trick to make the con seem more legitimate.

You bank the cheque, send off the fees they request, and maybe even spend some or all of your advance "winnings." It's only a few weeks later that you discover the cheque was, in fact, counterfeit, and you're suddenly responsible for all the money from this fake cheque that you've spent. The crooks, meanwhile, have the administration fee you sent in good faith.

It's clever, and it's fooled a lot of people. According to statistics in Which? Magazine, almost eight million people across the U.K. have received or seen material promoting international lotteries.

Unfortunately, there's little chance of recovering your money. By the time the fraud is discovered, the crooks have hidden their tracks, and he fact that they're based overseas makes the whole situation more complex.

Sadly, you're likely to be responsible for all the money you spent; it's unlikely you can persuade you bank to take the loss.Inform Consumer Direct. They can't help retrieve your money, but they might be able to stop others becoming victims.