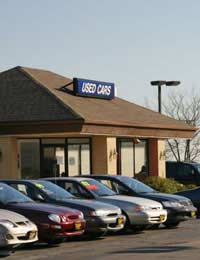 A car is a major purchase, whether it's new or used. But every purchase can have its problems and none more so than buying a previously-owned vehicle. It's a market that's wide open to scammers - statistics show that used car buyers have a one in three chance of buying a vehicle that's subject to fraud. But with some care you can avoid them and find the car of your dreams.

The Things Scammers Do

Is the vehicle "as described"? That, unfortunately, is the limit of your legal protection in a private sale. If the car isn't as described, you can sue the seller - which is why it's good to know his address. Beware, though: If you buy a car that breaks down the minute you get it home, you might be stuck - unless for instance, the owner claimed it had just passed its MOT when it quite clearly would have failed.

Try and resolve any problems directly with the seller. If you can't and it's a private sale, you can sue in County Court. If the amount of the sale is less than £5,000, use small claims court. If the amount is higher, consider independent arbitration - most motoring organisations offer it.