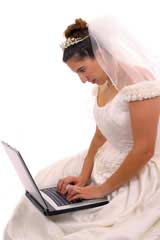 The Internet has taken romance global. That increases the possibilities for finding your soul mate, but it also makes love into a greater minefield. Not only are there the usual pitfalls of relationships, but you also have to deal with online dating fraud. No one can help with love, but some care can eliminate the other problems

The Types of Dating Fraud

There are several variations on these themes, but generally they all involve people far away and requests for money, or to cash money orders. However, there are also the scams of the dating agencies themselves.

Less scrupulous sites will put up fake profiles. Contact them and you will receive e-mails, but the relationship won't go anywhere. They exist simply to make the site look bigger. Just before your subscription expires you might well receive a mail from someone supposedly interested in you. However, it's merely a ploy to make you renew. There have even been reports of employees taking subscribers out as a ploy to make them renew.

How To Fight Dating Fraud

When you meet someone online it's easy to get carried away. These simple rules might stop a lot of hurt. Finding a reputable dating site might seem easy. After all, there are plenty out there. But a number are scams. These are the best ways to find a good one:

What To Do If You've Been Scammed

If you've sent money to an individual abroad, the chances of recovering it are small. However, you can call Consumer Direct on 08454 04 05 06 for advice and to report the matter. Also tell the dating or chat room site where you met the person.

If you believe a dating site is acting illegally, don't renew your subscription. Instead, contact the Office of Fair Trading, supplying all the documentation that you have.

Are Women More Likely to Fall for Online Scams?