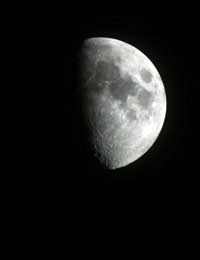 According to the history books, on July 20, 1969 the first astronauts walked on the moon, taking that giant step for mankind. There’s certainly plenty of footage of the event from the time that’s been repeated over and over. It was the greatest success of the manned space missions, a turning point. But what if it never happened?

It might be hard to credit, but there’s a sizeable body of people who believe that all the Apollo moon missions were faked, nothing more than a scam. That idea was first mooted in the 1970s, with conspiracy theorists saying that the landings were actually filmed in the desert in Arizona or California.

Why Do They Think It’s A Scam?

What really spurred on those who believe the moon landings were a scam was the release of NASA photos of the landings in 1997. What they cite first is the map showing the different lunar stations set up by the astronauts, and the way the distances between them are shown in kilometres, not miles. That, to be fair, is a valid point, since the mile was, and is, the measurement used in the US.

Mostly what those who believe it was a scam point out are the anomalies, such as the lunar rover being left at the station farthest from the spacecraft, some five kilometres away, and wondering how the astronauts returned – on foot? More so-called evidence accumulates in other pictures, which they claim were taken at Chezin Chotah, Arizona, and were doctored to look like the moon, although they say it was done badly, and with the right equipment it’s possible to make out trees on the skyline.

But what about the space flights that took off? They never got out of low orbit, according to the theorists, and stayed in that until splash down. Those astronauts on the moon were actually different people – after all, we never saw behind their helmets.

Why Was It Done?

The US was engaged in a space race with the Soviet Union, and a manned moon landing would establish its absolute superiority during the time of the Cold War. That was the real reason behind it all, those who say it was a scam insist.

Could It Be A Scam: A Study

In a word, it would be impossible for it to be a scam. For a scam to be effective, there has to be real secrecy and no leaks, which means only a few people knowing. For this to have worked as a scam, all NASA would have had to have been involved, and its employees numbered in the thousands. That’s not even counting people in the media and government who would have had to be in the know, too.

As to all the arguments from the scam theorists, each one can be quite simply refuted. Perhaps the most convincing argument in favour of the moon landing having happened is that the astronauts left behind a mirror used to help track the distance between the earth and the moon. The fact that it’s been used regularly stands as ample proof that we were there.

Will They Ever Believe?

Those who are certain the moon landings were a scam are unlikely to be convinced otherwise at this stage, in spite of all the evidence. The Internet has helped them, since it’s given an easy forum where they can unite and continue to propound their ideas. But what do you think? Did the landings really happen? Or were they instead a way for America to prove its superiority over the Russians? Is it even possible that the landings could have been faked?
Next Page